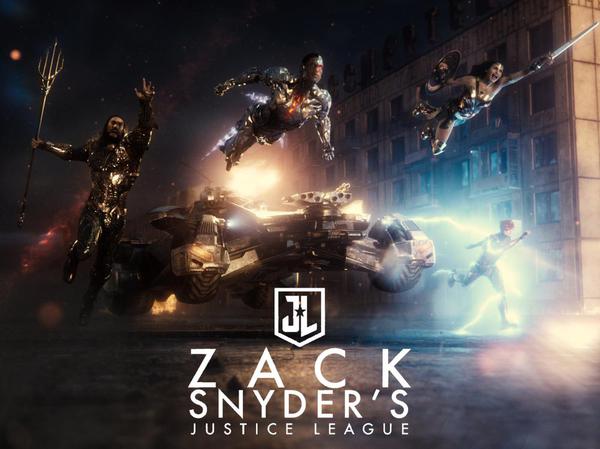 “They said the Age of Heroes would never come again.” Kudos to Snyder and his team for pulling off something that was indeed epic in scale and mythos, which showcases the characters, heroes and villains alike, in all of their complexities in the way Snyder wanted them to be seen. Full of heart, but not without some flaws, and better late than never, Zack Snyder’s Justice League is the film audiences deserved to see in theatres almost four long years ago. 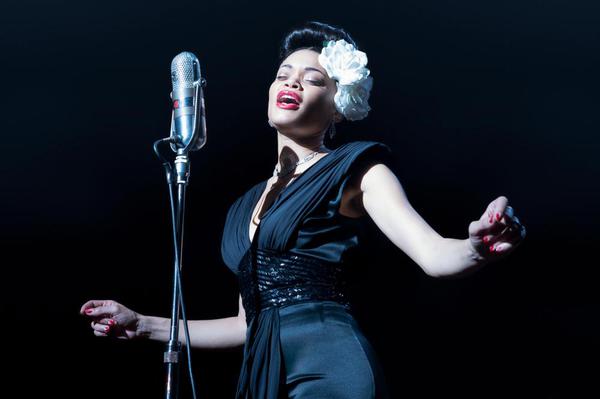 Andra Day Shines In The Uneven ‘The United States vs. Billie Holiday’ - Review

Billie Holiday was more than a jazz icon. Holiday was a beacon to many, especially amongst Black Americans. The NAACP called her “the voice of our people.” In The United States vs. Billie Holiday, director Lee Daniels and screenwriter Suzan-Lori Parks attempt to approach telling the story of the famed singer through a more intimate lens, focusing on the FBN’s (Federal Bureau of Narcotics) pursuit of her, and the highs and lows of her personal life and career. 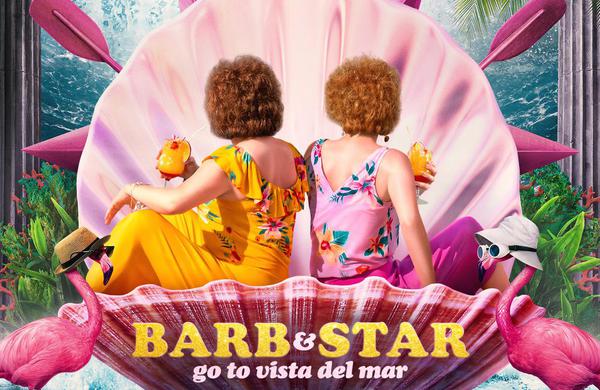 When two friends decide to embark on an adventure to Florida, one may have a few ideas of how things will go. Perhaps a day at the beach, dinner at the hotel restaurant, and some sightseeing and other fun summer activities. Well, this is all true in Barb and Star Go to Vista Del Mar, but it is also so much more. 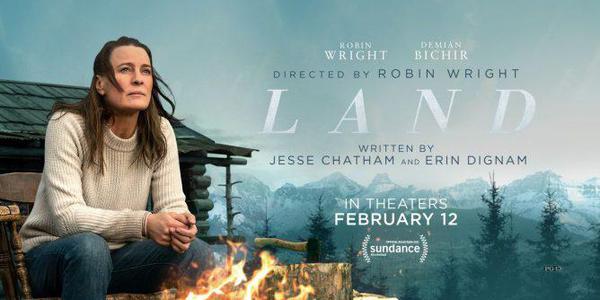 After suffering from a family tragedy, Edee (Robin Wright) decides to live off the grid. Despite conversations with her sister (Kim Dickens), who doesn’t want her to leave and stresses that there are other ways for her to deal with her loss, Edee decides to leave despite her sister’s concerns. Edee makes the long trek to a small cabin in the woods with her supplies, but without any real know-how about living so far from the rest of civilization. 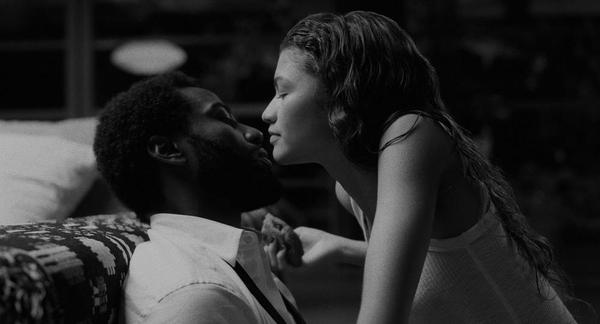 'Malcolm & Marie' Manages To Get By With Strong Performances - Review

Malcolm (John David Washington) and Marie (Zendaya) are a couple in crisis. Following their arrival home from one of Malcolm’s film premieres (he’s a director), he and Marie engage in an anxiety-inducing battle of the words when Marie points out that he forgot to thank her during his speech. From here, we follow the couple through the motions of their back-and-forth exchange while they comment on one another’s plethora of flaws, what they lack and need to improve upon to make their relationship... 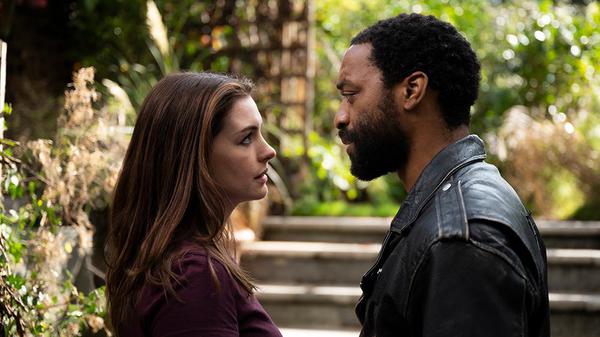 As most of us have now experienced prolonged quarantining and lockdowns in 2020 (which has carried over into the new year) the last thing one would want to watch is a reminder of the hellish year we’ve had. A film about others experiencing the exact things we all have just been through might be too much. However, Doug Liman might have come up with something that addresses the unease we’ve felt with a dash of the absurd. 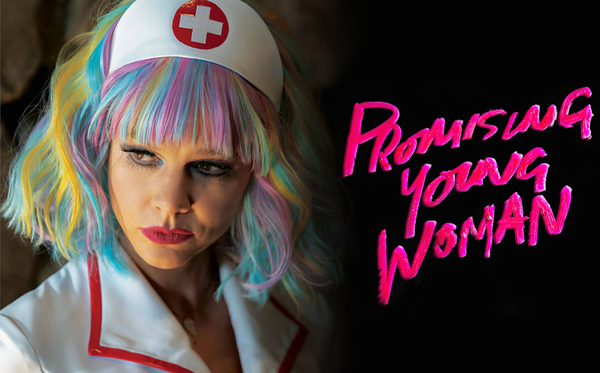 “Can you guess what every woman’s worst nightmare is?” -Cassie Thomas, Promising Young Woman Cassandra “Cassie” Thomas (Carey Mulligan) was what many would refer to as a “promising young woman”. However, her life is upended by a mysterious event and she hasn’t been the same since. Her parents worry about her and want her to find the normalcy she had before, but some things are easier said than done. Cassie knows this better than anyone. 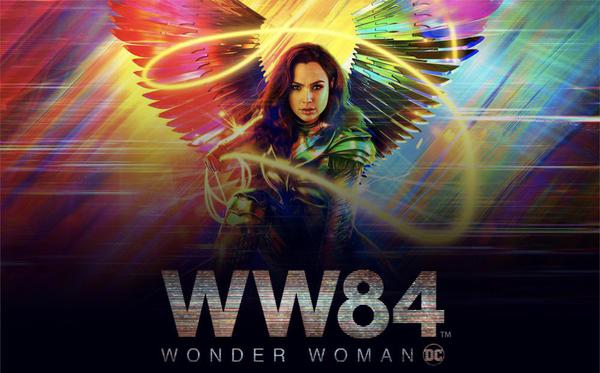 'Wonder Woman 1984' Is A Story Brimming With Heart - Review

“Nothing good is born from lies.” – Diana Prince, Wonder Woman 1984 Wonder Woman 1984 finds Diana Prince in “man’s world” yet again in, well, 1984 of course. Quite displaced from her first appearance in the world of men, roughly 70 years prior, Diana (Gal Gadot) has now become accustomed to us humans and our ways, working in cultural anthropology and archaeology at the Smithsonian. Alongside her job at the museum, Diana is still doing what she does best–saving the day and ultimately, the world. 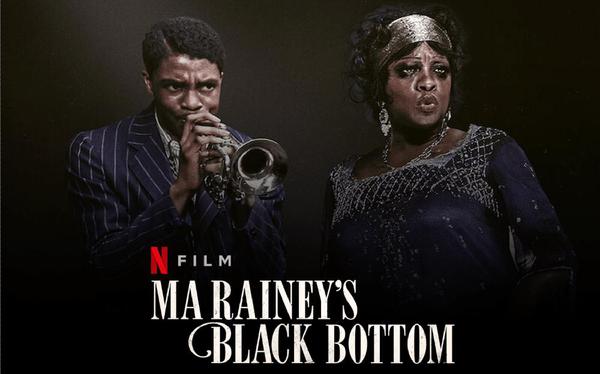 The transformation seen from Viola Davis as Ma Rainey and the late Chadwick Boseman in his final film performance as ambitious trumpeter, Levee, makes for something special in Netflix’s Ma Rainey’s Black Bottom. In 1920s Chicago a recording session is about to be underway. Fairly straightforward, yes? However, the session is anything but smooth sailing. A trailblazing band of musicians awaits the “Mother of Blues” herself, Ma Rainey (Davis). 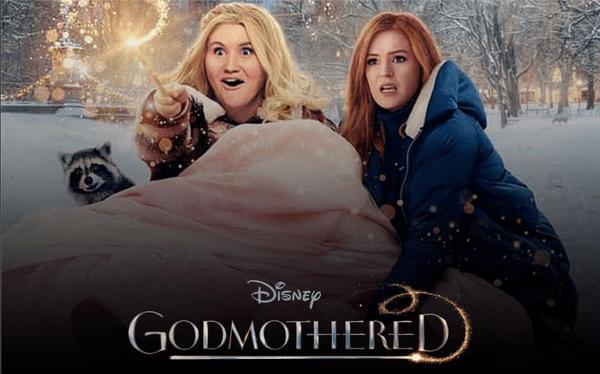 'Godmothered' Is Wholesome Holiday Fun For The Entire Family - Review

While there are always the classic holiday watches to consider, every now and then something new arrives that’s full of the delightful holiday magic that we crave. This year, Disney+ aims to give audiences just that with their new original film, Godmothered. Hailing from a place called The Motherland, fairy godmother-in-training, Eleanor (Jillian Bell) is doing her best to learn the ins-and-outs of becoming a fairy godmother. 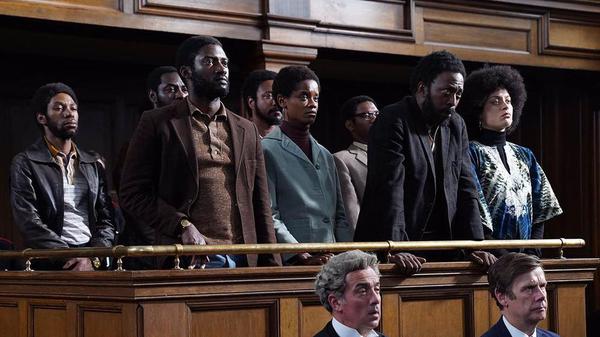 'Mangrove' Showcases A Masterclass In Both Directing And Performances - Review

The first film in Steve McQueen’s Small Axe anthology series, Mangrove is a brilliantly crafted look into the lives of the British-Caribbean community in the late 60s and early 70s. In Mangrove, it is made very clear that when doing anything while being Black always be aware that the police will come into your home, or into your business, or randomly attack you on the streets of London just because they feel like it. If this sounds familiar to you, then you would be quite right. 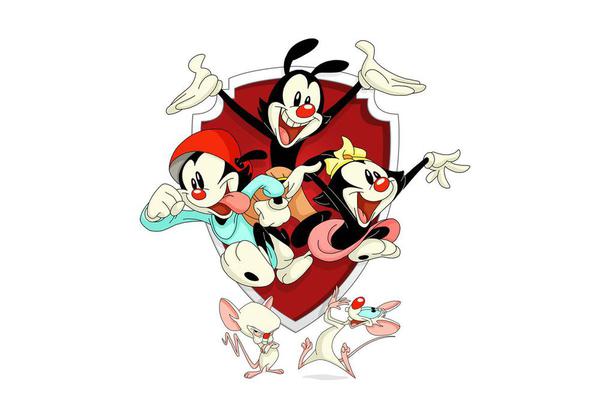 Warner Siblings Yakko, Wakko and Dot are back to stir up some laughs in Hulu’s revival of the Animaniacs. I don’t know about you, but when it was announced that we would be getting a new dose of the Animaniacs, I was elated. As one of my favourite animated shows growing up, I was excited to see just what this new iteration had in store and I can tell you that I wasn’t disappointed. 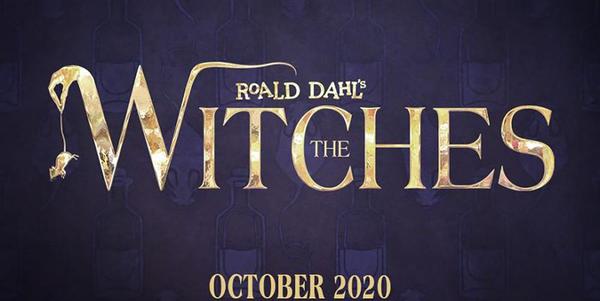 'The Witches' Is A Fun Halloween Treat - Review

Set in 1960s Alabama, newly-orphaned Charlie (Jahzir Kadeem Bruno) moves in with his grandmother, Agnes (Octavia Spencer), after his parents are killed in a car accident. While Charlie does his best to process his grief and come to terms with his sadness, his grandmother does her best to break him out of his shell and teach him that even bogged down with sorrow, Charlie can still find some happiness if only he allows it. 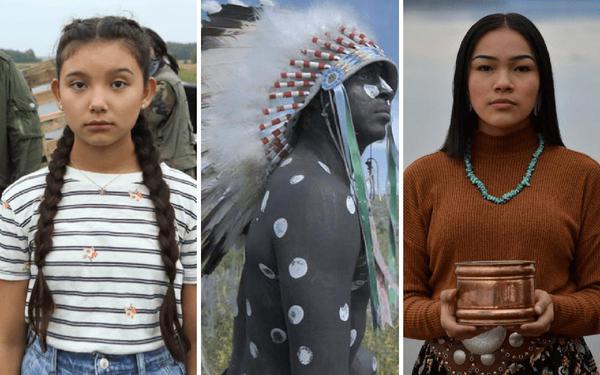 TIFF still had a plethora of diverse films directed by and starring Black, Indigenous and people of colour talent. This year at TIFF there were great projects featuring Indigenous talent that was screened for press and audiences alike that should most definitely be added to your watchlists when they’re widely available! 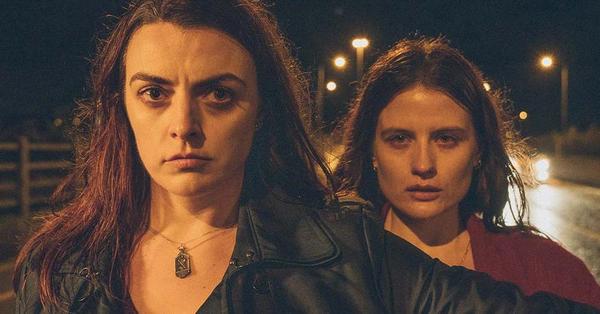 A Tale of Two Sisters: A TIFF Capsule Review of ‘Wildfire’

When Kelly (Nika McGuigan), who's been missing from her quiet border town for a year, shows up on the doorstep of her sister Lauren (Nora-Jane Noone) one day, it makes for quite the shock. Now Lauren must come to terms with how her sister's reappearance has sparked memories of a major traumatic event in both their lives. Directed by first-time feature filmmaker Cathy Brady and set in Northern Ireland, Wildfire sheds light on familial troubles — in particular, the bond between siblings 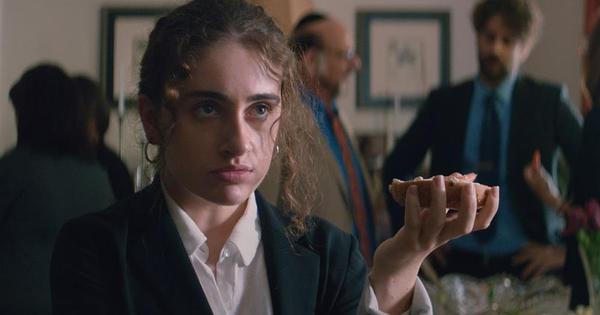 Danielle is a 20-something-year-old student who is trying to get her life together. Feeling the pressure from her overbearing Jewish parents who want the best for her but who are also getting on her last nerves, Danielle can't imagine things being more chaotic. However, the different aspects of her personal life are about to collide in a way that she never thought possible. It all unfolds during a shiva, one that both Danielle (Rachel Sennott) and her parents (Polly Draper and Fred Melamed) 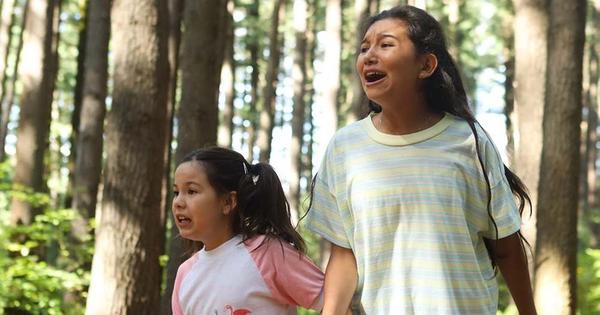 A timely and poignant passion project from writer-director Tracey Deer, Beans is the story of a 12-year-old Mohawk girl whose life is about to be turned upside down, set during the tense 1990 standoff between two Mohawk communities (the Kanehsatà:ke and the Kahnawá:ke) and the Québec provincial police, the RCMP and the Canadian Armed Forces. With every second of every moment, we see the toll the three-month standoff takes on Beans (newcomer Kiawentiio) and her family 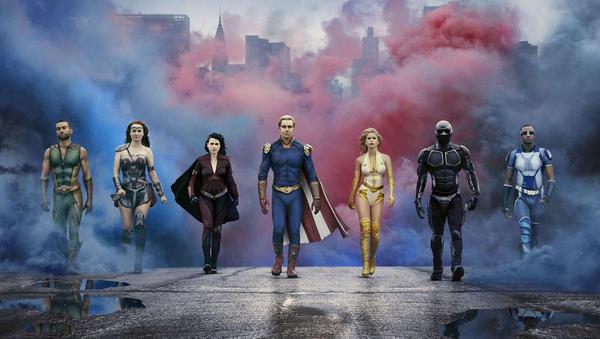 Mayhem and Villainy Abound in Season 2 of 'The Boys' - Review

After a thrilling first season, The Boys is back for a new season. With the finale of the previous season ending on an annoying cliffhanger, many of us viewers were left wondering what on earth could be next. Well, this season shows that our “heroes” are just as vile as they ever were. So, basically, while many things remain the same, there are still many changes for The Seven. 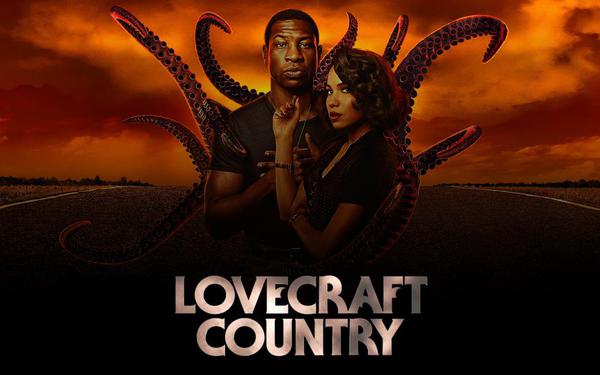 “I’m not scared because fear’s not gon’ save us right now.” Military veteran, Atticus Freeman (Jonathan Majors) finds himself back in Chicago to search for his missing father, Montrose (Michael K. Williams). With the help of his uncle, George (Courtney B. Vance) and old friend, Letitia (Jurnee Smollett), the trio embark on a road trip across Jim Crow America where the constant stream of racists aren’t the only monsters they encounter throughout their journey. 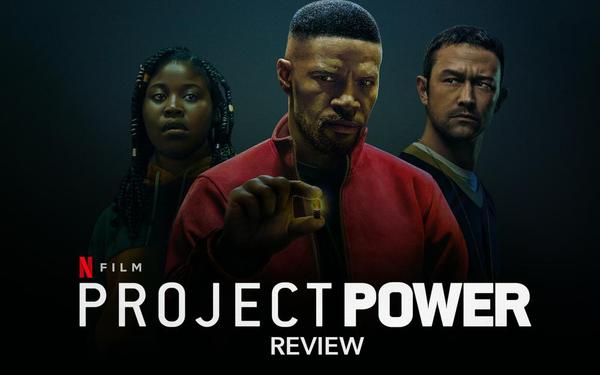 A new drug has been unleashed on the streets of New Orleans, and it is not your ordinary drug. When a person takes this pill, they gain powers beyond their imagination, but there’s a catch–the capsule only works for five minutes at a time. In addition to the time restraint, a person doesn’t know what powers they will obtain, which can be a danger not only to themselves but to those around them.
Load More Articles
Close ✕