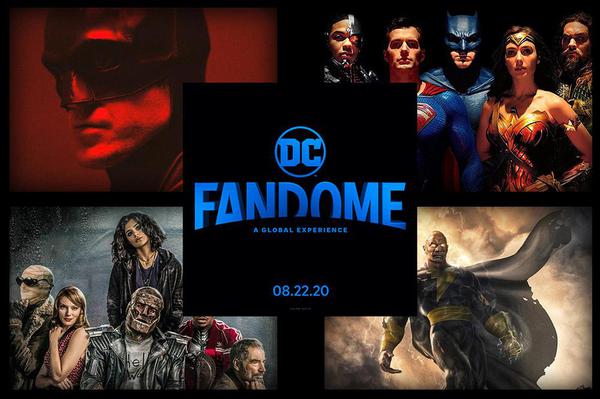 DC fans rejoice! An immersive virtual experience is coming from DC on August 22 at 10:00 a.m. PST. To be called DC FanDome, the online event will include a variety of DC mediums including films, TV, comics and more. The free virtual experience will be available to fans all over the globe, and will also be available in 10 languages including English, Spanish, French, Korean and Japanese. 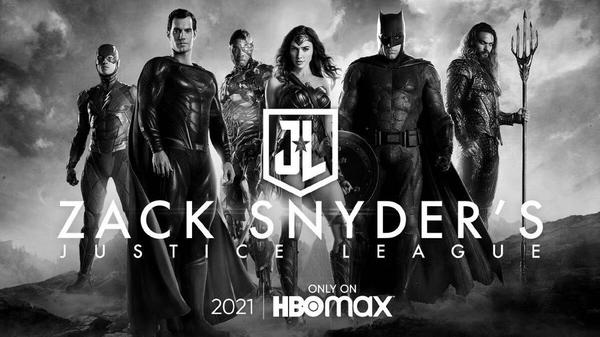 It’s been nearly three years since Justice League had its theatrical debut and while some were appreciative of the fact that Warner Bros. tried to have the DCEU head in another direction, there were also those who hoped that they would see the true vision of Zack Snyder move forward. Now, audiences will finally have the chance to see the elusive “Snyder Cut” of Justice League, bringing the director’s true vision to the screen for the first time via HBO Max. 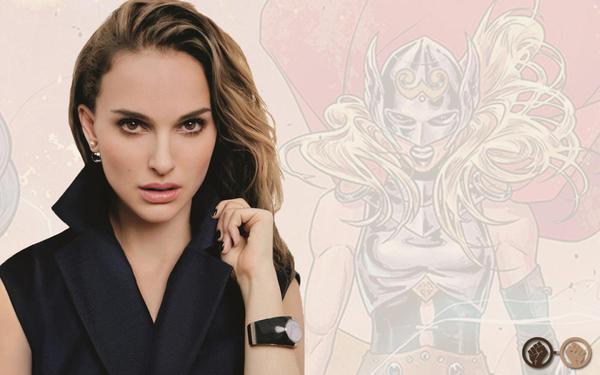 SDCC 2019: Natalie Portman to Reprise Her Role of Jane Foster and Wield Mjölnir

After the briefest of cameos in Avengers: Endgame, Natalie Portman will be back for the fourth film in the Thor franchise as Jane Foster. In the aptly titled Thor: Love and Thunder, Portman will actually be seen as the female Thor and she will be joined by Tessa Thompson as Valkyrie (the new King of Asgard) and of course, Chris Hemsworth as Thor. 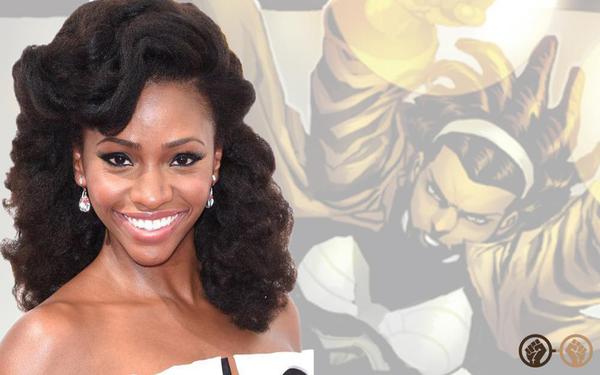 Teyonah Parris is joining the Marvel family and will play the older version of Lieutenant Trouble a.k.a. Monica Rambeau in the Disney+ series, WandaVision. Parris who was most recently seen in If Beale Street Could Talk, took to the stage at SDCC for the announcement of the news. Parris will join Elizabeth Olsen and Paul Bettany as they reprise their roles of Wanda Maximoff and Vision, respectively. 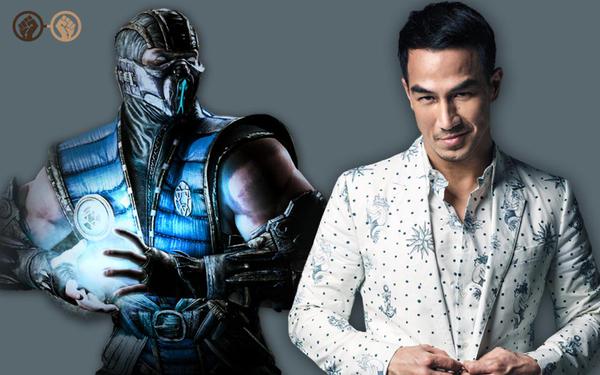 The new Mortal Kombat film they have found their Sub-Zero. Actor and martial artist Joe Taslim will play one of the gaming franchise favourites in the upcoming New Line film. Taslim’s past film credits include The Raid, Fast & Furious 6, Star Trek Beyond and The Night Comes For Us. 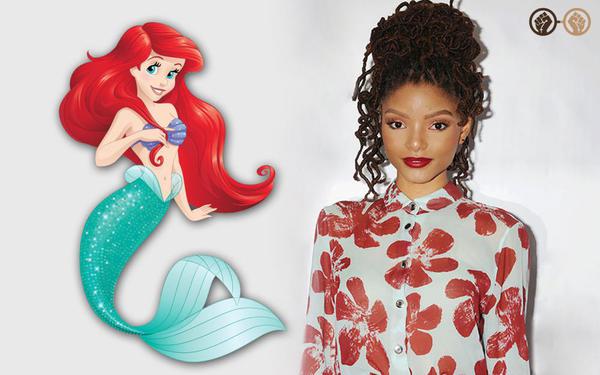 Disney has found its live-action Ariel in the form of singer and actress, Halle Bailey. One half of the duo Chloe x Halle, Bailey is currently a series regular on the hit Freeform show, Grown-ish. With music from Alan Menken and Lin-Manuel Miranda, The Little Mermaid is the next highly anticipated foray into live-action from Disney. Full of iconic music and characters, The Little Mermaid will be directed by Rob Marshall (Mary Poppins Returns), with a script from David Magee. 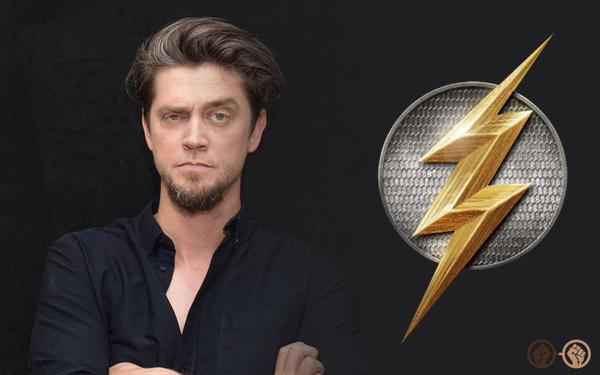 It looks as though Warner Bros. may have a new helmer for their film about beloved speedster Barry Allen a.k.a. Flash. IT director Andy Muschietti is in talks to helm the upcoming flick. The road to the Flash solo film has been a long one, with the last directors attached to the project being John Francis Daley and Jonathan Goldstein. The duo even had a script prepared for the film that was looking to be on track for production later this year. 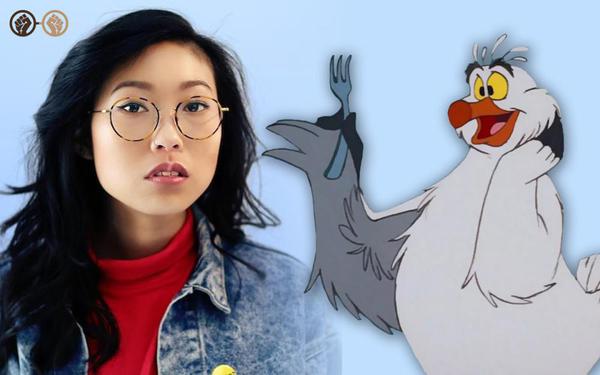 According to The Hollywood Reporter, Crazy Rich Asians and Ocean’s Eight star, Awkwafina, is in early talks to voice the knickknack collecting seagull, Scuttle, in Disney’s live-action adaptation of The Little Mermaid. This potential casting news comes a few days after it was revealed that Melissa McCarthy is in the early stages of negotiations to play the wicked sea witch, Ursula. Canadian rising star, Jacob Tremblay, is also reported to be in talks to voice Ariel’s best friend, Flounder. 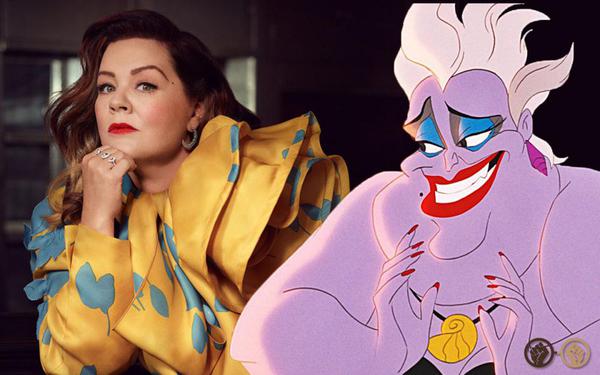 With a string of television and film credits to her name, including two Academy Award nominations, Melissa McCarthy is in talks to star as the villainess Ursula in Disney’s live-action adaptation of The Little Mermaid. According to Variety, sources have said that the deal has not been completed. This is the first piece of news about the much buzzed about casting for the film, with many fans having their own wishes on who should play some of Disney’s most iconic animated characters in the live-action film. 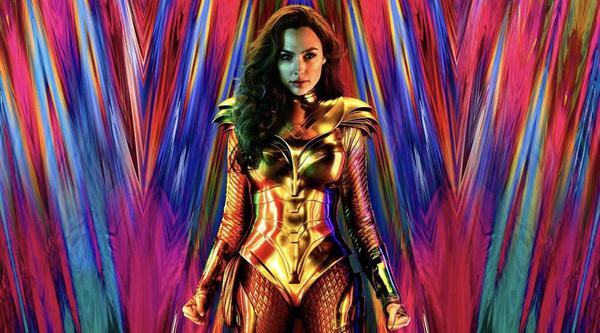 With the release date of the next instalment of the Wonder Woman film franchise exactly one year away, director Patty Jenkins confirmed that the presence of Warner Bros. will unfortunately not be felt in Hall H at this year’s San Diego Comic Con. Of course, Jenkins didn’t leave Wonder Woman fans empty handed. The director shared an image of the first official Wonder Woman 1984 movie poster and as expected, it was epic. With this great look at something new, the poster was accompanied by some signature 1980s neon vibes. The poster shared by Jenkins features Diana of Themyscira in full golden body armor, reminiscent of the golden eagle armor the Amazon warrior has donned in past comic books. 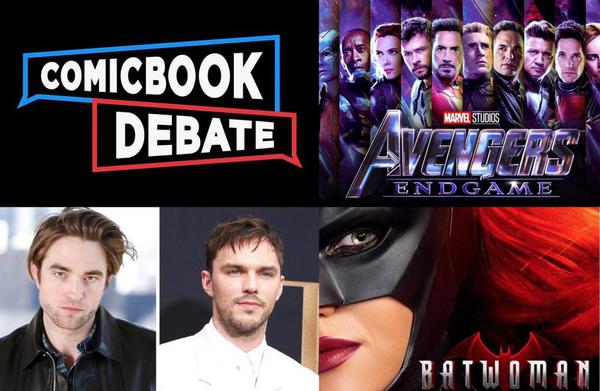 Yet again, this week has given us a lot of news to mull over, including something that many fans of the Dark Knight have been anxious about for months. Here’s a quick recap of some of the best entertainment news that we’ve received this week. • Robert Pattinson confirmed to be the frontrunner for The Batman: It is news many have been waiting on for a while, and it seems as though it’s finally happening. Robert Pattinson (Twilight Saga, High Life) will take on the role of the Bruce Wayne/Batman in the Matt Reeves directed Warner Bros. film. 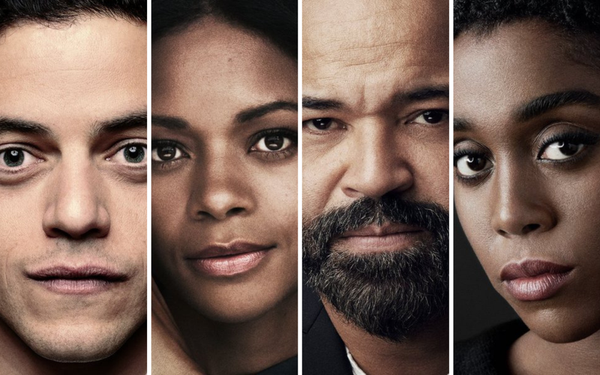 With the next instalment of the Bond franchise on its way, directed by Cary Fukunaga, the official cast of the film was released today – including some of our favourite characters, as well as some brand new faces to the Bond films. While some the details of the film are still being kept under wraps, what we do know is that recent Academy Award winner, Rami Malek, is slated to play the latest villain to Daniel Craig’s James Bond. 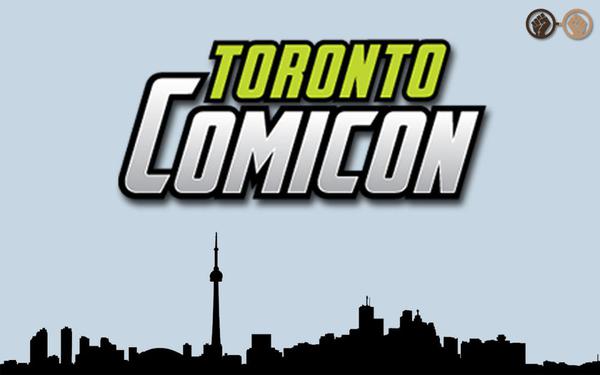 A new year is upon us and that means a new Toronto Comic Con, and this year was even better than the last! Not only did it boast its usually incredible artist alley, but there were some awesome celebrities in attendance for the three-day extravaganza, and of course, we cannot forget the awesome cosplayers. As always, the crowds were having a great time interacting with one another, their favourite authors, celebrities and much more. Some celebrity guests for this year included: • Dan Fogler 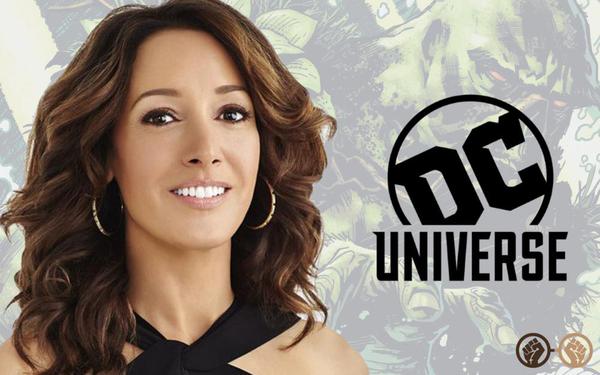 Jennifer Beals is joining the cast of DC Universe’s upcoming Swamp Thing series. In a recurring role, Beals will portray Sheriff Lucilia Cable who is described as “tough as nails and pragmatic, Cable’s fierce devotion to her son, Matt, is rivaled only by her sworn duty to serve and protect the town of Marais.” Beals joins previously announced cast members Crystal Reed and Maria Sten on the series. 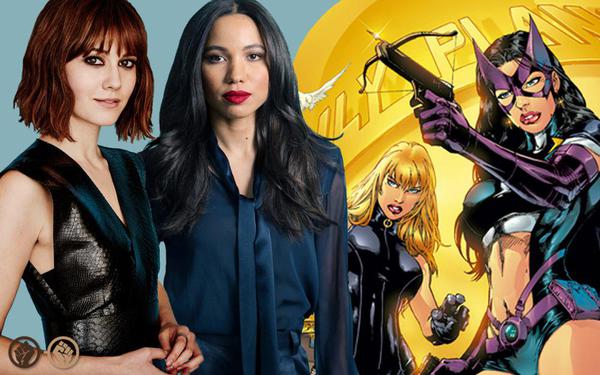 It looks as if the Cathy Yan helmed Birds of Prey film has found its Huntress and Black Canary in the forms of Mary Elizabeth Winstead and Jurnee Smollett-Bell, respectively. According to Variety, after testing many actresses for various roles (including Margaret Qualley and Gugu Mbatha-Raw), Winstead and Smollett-Bell reigned supreme. The pair will join Margot Robbie, who is reprising her role as Harley Quinn in the upcoming DC Comics-based film. 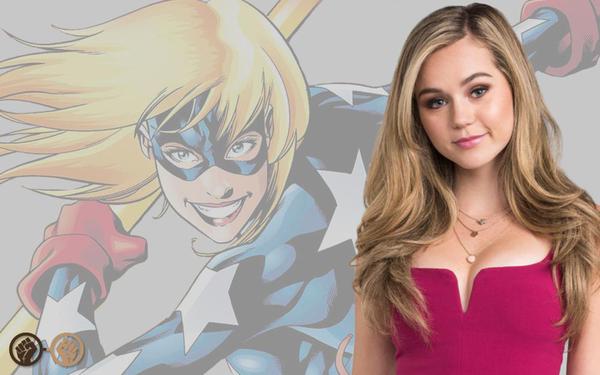 The DC Universe has just made an addition to their current roster of talent for their streaming service. Bred Bassinger has been cast in the lead role of Courtney Whitmore a.k.a. Stargirl for their upcoming drama series. Bassinger who is best known for her role on the Nickelodeon series Bella and the Bulldogs, will take on the character who was created by Geoff Johns back in 1999 and named after his late sister who died in 1996. 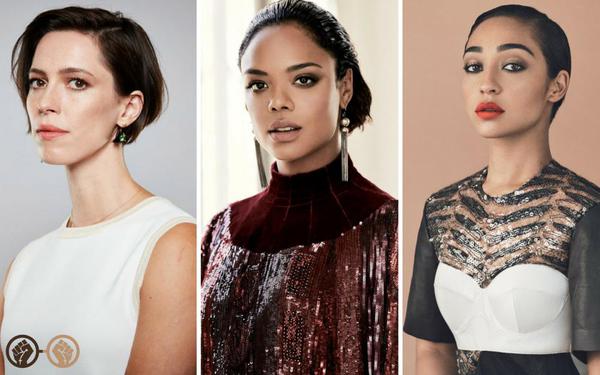 Rebecca Hall is set to make her directorial debut in an adaptation of Nella Larsen’s 1929 novel, Passing. Set in Harlem, the story will follow the lives of two best friends portrayed by Tessa Thompson and Ruth Negga. Larsen’s novel focuses on “racial passing,” which refers to a person of one racial group who is able to pass for and be accepted by another racial group. 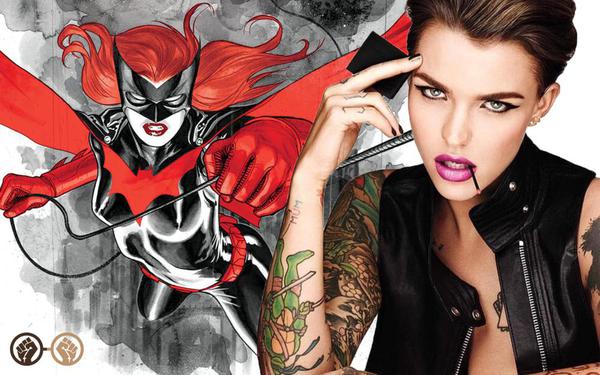 The CW has found its new Batwoman in Australian actress, Ruby Rose, with the character set to make her debut in the CW’s annual DC Arrowverse crossover event. Rose would also continue her portrayal of Kate Kane in the planned Batwoman series which is still in the scripting stages. If the Batwoman project goes to series, it would mark the first time that a gay character (male or female) was the lead/title character of a live-action superhero series. 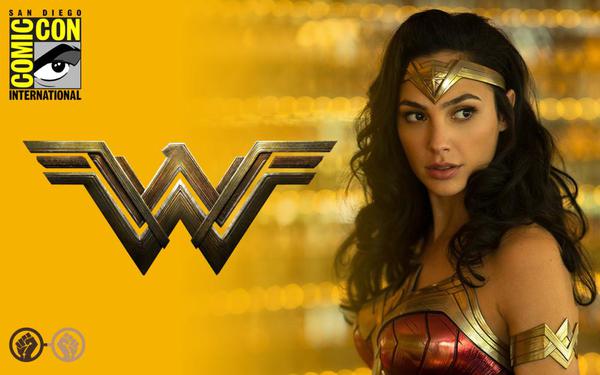 One of the most highly anticipated San Diego Comic Con panels is happening right now and it’s the Warner Bros. DCEU panel. With Aquaman and Shazam! now just around the corner, fans were also hoping to get a look at the second Wonder Woman film. Ask and ye shall receive. Director Patty Jenkins and stars Gal Gadot and Chris Pine were in attendance and chatted about the upcoming film, answered some fan questions and even screened a little bit of footage from Wonder Woman 1984.
Load More Articles
Close ✕